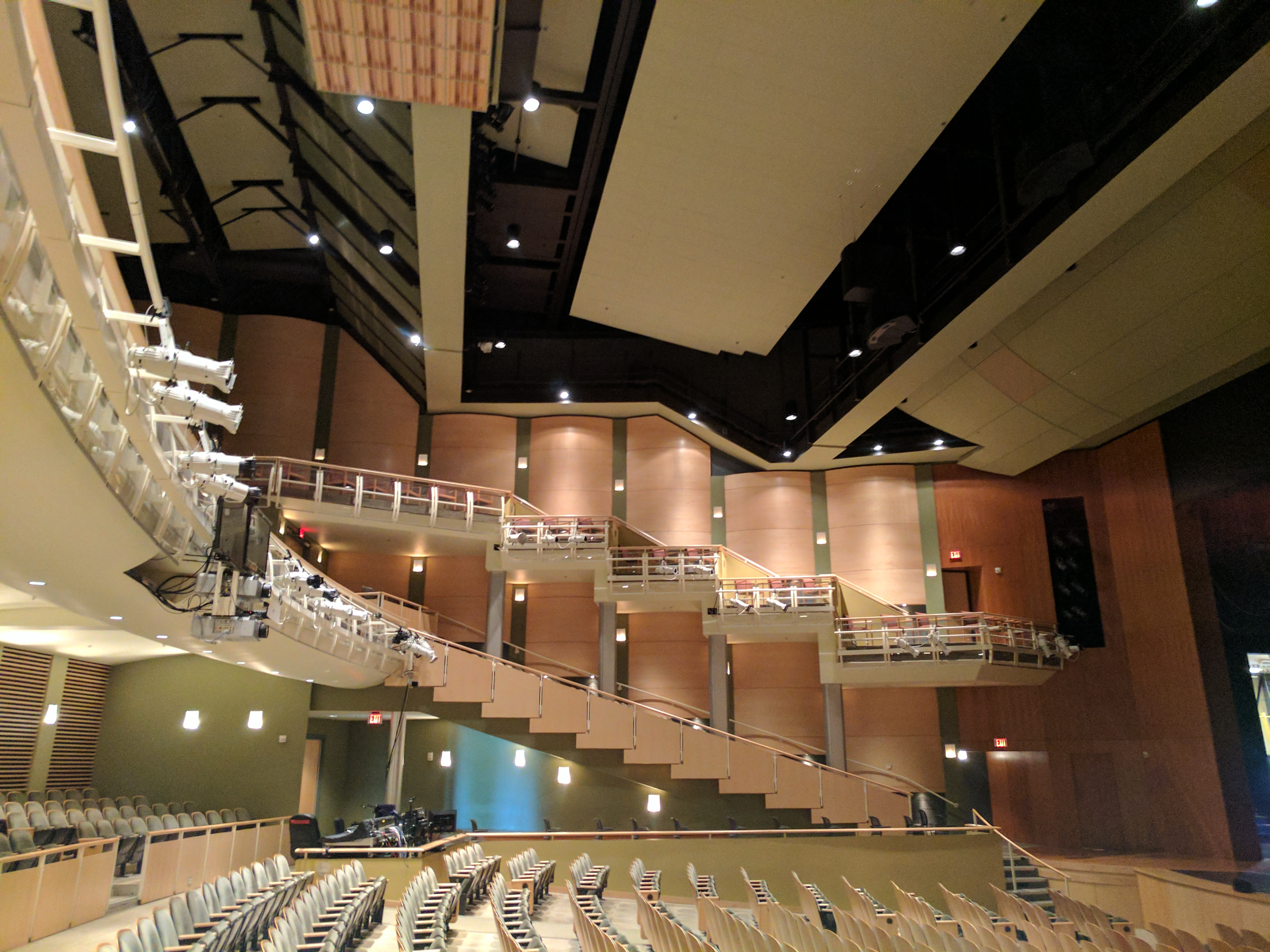 Forest Hills Public Schools knew that their Fine Arts Center needed some updates.  Constructed eighteen years earlier, the facility had been well-cared for, but needed system-wide upgrades that the annual maintenance budget couldn’t cover.  A recent glitch of the lighting system processor had brought the need into sharp focus. But they were unsure exactly where to start and how far the updates needed to go.  So, they approached Tim Hamilton, Principal of Hamilton AV Design (HAV), to examine the technology needs of the district’s flagship performance venue (one of four auditoriums in the district) and help the district prioritize the needs.

After consulting with the district personnel and reviewing the site conditions, Hamilton put together an analysis of needs detailing needed upgrades to the Lighting and Video systems.  At the top of the list was the facility lighting system.  The existing house lighting processor needed to be replaced, infrastructure upgrades needed to be made to prepare for LED lighting,  and the fixtures in the flown shells and basic front wash needed to transition to LED to reduce lamp changes and power consumption.  Additionally, the Lobby lighting had always been insufficient since the building had opened leaving many dark areas and a lack of ability to control the lobby lights with the main console.

Transitioning to LED Fixtures and Updates Over Time

With approximately 130 light fixtures in use in the space and four 96-circuit dimming racks, the team knew the cost to move the entire system to LED fixtures would likely be too high.  But the original ETC dimming racks were still in very good condition and would serve for many additional years, so Hamilton recommended replacing the internal processing and re-conditioning the racks.  This allowed for the facility to continue to use the existing dimming modules and some existing incandescent lights and replace some of the dimming modules every year as more LED fixtures were purchased. The transition to LED fixtures was started with the fixtures that were used almost every day — the overhead lights in the flown orchestra shells and the basic front light fixtures.  With the space in high demand, these fixtures ran almost all the time and consumed both electricity and lamps.  Replacing these fixtures also required expansion of the control network infrastructure.  Additional data drops and nodes were installed at each of the stage electrics and at the house lighting positions as part of the renovation so that new LED fixtures can be easily purchased and integrated into the system in future years.

Addressing Dim Lighting and Gaining Energy Efficiency in the Lobby

The quantity of lobby light fixtures was doubled, transitioned to LED color-mixing fixtures, and fed with new DMX control wiring so that the lobby is now well-lit, controlled by the main lighting console, and used to extend the lighting scheme of shows out to the lobby space.  Daylight harvesting photocells make the lobby lighting system far more energy efficient and, combined with the move to LED, will save substantial money for the facility for years to come.

A Great Lighting Foundation for Years to Come

“We love the upgraded lighting system. Having begun the transition to LED fixtures and still having the ability to use our legacy incandescent fixtures is great.  Combined with an easy upgrade path, we have best of all lighting worlds!”

Having made the initial investment on the path to a more energy efficient system, the Forest Hills Fine Arts Center has a great lighting foundation to build on for many years to come. 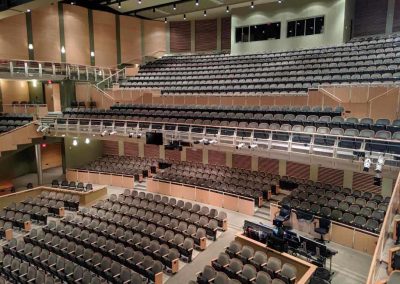 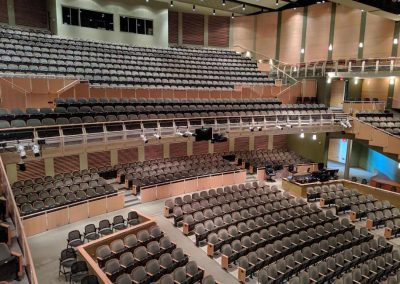 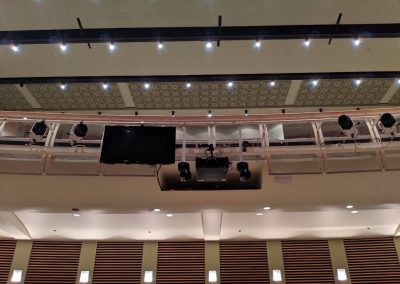 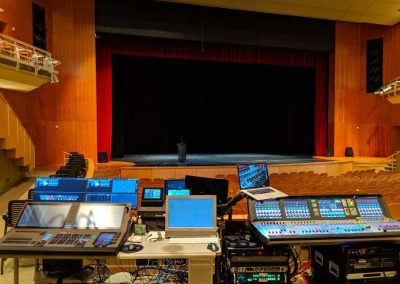 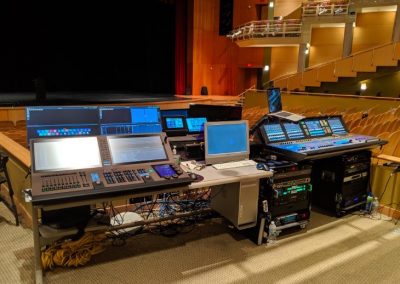 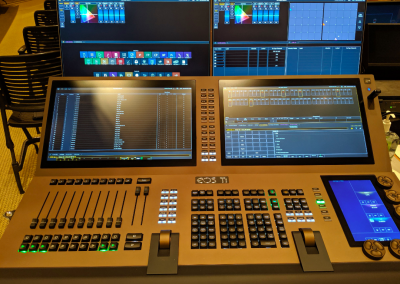 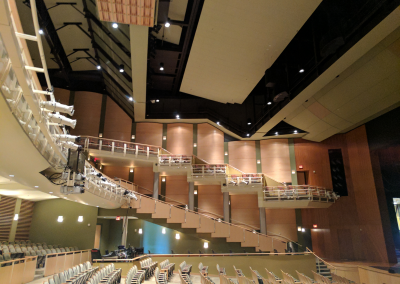